Past Tenses made Present 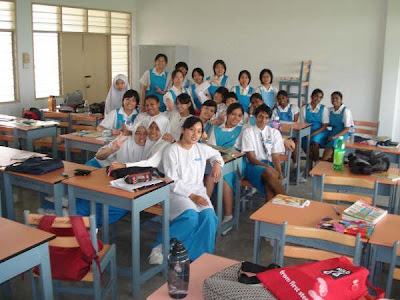 Bloody hell. Time flies.
The last time I remebered, it was just the end of SPM, where we uncorked bottles of sparkling juice and celebrated in the school field.

The last time I remembered, we were sitting inside the stuffy school hall, jolting up in shock during History paper when the electricity went off.

We were taking illegal photos in class, nearly got caught by the Head Girl.

We were dozing away during Pn. Charan's Add Maths.

We were overexcited about the idea of getting punished. And the punishment was, standing extra 10 minutes in the quadrangle.

High school life. You'll never get them again.
And most importantly, there are those people called your classmates, who made the memories so worth treasuring, who made the impact so powerful in your heart. They are the people who shared your joy and tears, underwent every single crazy moment, laughed at the stupidest jokes(even you repeated them for a thousand times), got worried at the slightest reasons.......

Trust me, you'll never find another. 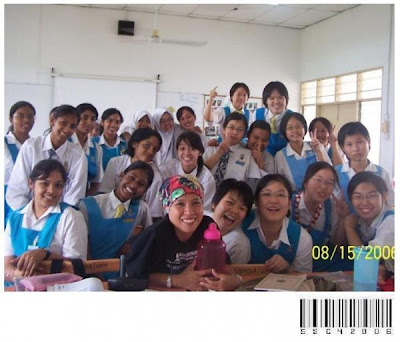 These are the people who did the wackiest stuff you have no idea what planet are they from.

Fern loved to stand on her chair and change after PE.
Meili had the fastest rap. Sean Paul easily beaten.
Jhen boasts the best PA system. When she talks, it was LOUD.
Amirah loves TVXQ like nobody's business.
Liq had the wackiest laughter.
Zi Qin like to fight with Mei Li.
Shyen had the best sleeping skills. Sleep but nobody knows.
Lye is always worried about photos which captured her with the wrong smile, wrong hair, wrong shoes...
Kang Zhi had rollerskates attached to her feet.
Twins are the best citizens. Believe me, they listened in class.

Those short years have already been enough to host some of the best memories in my life. Our friendship is genuine. Something like Sisterhood of the Travelling Pants. A bunch of friends who I cannot possibly forget. Eventhough we are heading towards different paths in our lives now, I still believed in them.

ME TOOO!!!!!
We'll be meeting in a week!!
wahhh, i still don't understand why do i have to stand on the chair to change my PE attire..
oh ya,in addition MEILI has another role which is to repeat every single thing we said. LOL! what did we call her again?? hahahahaha, i forgot.
but yes, high school moments are one of the best memories in my life!