As we students were seen taking much of our time prowling books, revising for the exams, there was also another scene. Students practicing speaking in groups. As our MUET speaking exam drew nearer and nearer, tension is rising. Even those students with high levels of English proficiency were seen practicing. From doing one set per lesson, we have gone to the extent of practicing 4 sets of question per day, plus post mortem., even some groups reduced to staying back after school and practice.

It was until once the MUET teacher bellowed when she entered a class of students, heads down, talking at the top of their lungs.
‘Are you all really that bad? Aren’t you all tired of doing speaking?’

Nobody was amused. It was when Michelle snapped back, in a clear audible voice.
‘Yes. We need to practice. And we’re not good.’

And speaking of Michelle as one of those people with good English.

It was the exam today. Yesterday I went to bed and lay there for what it seem like hours. Yee May said she trashed in her bed non-stop, thinking about the exams. In the morning of the exam, nobody seem wanted to talk much. After the assembly, while the teacher was dismissing the others, she said clearly to the microphone:
‘Session 1 for today’s exam. Please proceed to the library.’

And feeling like my legs are made of marshmallow, I followed the mournful group.
The twins, Zi Qin and Michelle gave me thumbs up and shouted good luck to me. I wanted to thank them but my mouth went dry.

The library was cold, dingy, as one set of lights were broken, and quieter than usual. After the registration, we began to read our notes. Charis, who was unfortunately the first candidate for group one, was in a obvious nervous state. She was clutching her palms and her knuckles were white. When the examiners called for group one, her entire palm went icy cold.

Our group was the last for Session 1. Hence, plenty of time for revisions. I started the rule of speaking English but somebody will tend to break it with the maximum of 5 minutes. We read through notes for about half an hour and got fed up. Then we started talking and laughing, the exam temporarily out of our minds. Then Darryl started a game of exchanging identity cards, and we laughed at Boon Fei’s photo on the card, because he looked weird. And See Bee childhood version looked like a guy. A damn good looking guy. LOL. Next we ate sweets and chocolate and debated about Melamine in diary products. It was when the first group came out from the examination room, we came to the senses that we were still in quarantine, pending for exams.

Yee Toong and Yee May yelped in unision and started to prowl books over their heads. Charis was emerging from the room, looking like a camel. She caught my eye and signaled something, and I was about to catch it when the teacher stared at our direction. Helpless, she left.

Time trickled pass as groups began to flow out of the hall. By no time, only our group was left in the quarantine room. Except for uncontrollable urges for answering the call of nature, escorted by a determined Anita, the rest of the time was reasonably well spent. It was about two minutes left until the examination I began to feel real panic. I was reading the same sentence repeatedly for a few minutes, but nothing seems to go in. Boon Fei began to walk in rounds while mumbling to himself.

It was when the tinkle of the bell in the exam room went I jolted up and adrenaline began to numb my legs. After greeting the examiners unenthusiastically, we sat down and prepared for our task. It was about 5 seconds when I realized that was reading the wrong task.. The examiner pointed out. The question was (I can only remember it sounds like this because we’re not allowed to bring the paper out): The world has gone through a lot of changes. What are the changes in this world that bring to the changes in lifestyle? And for me candidate D, I was supposed to talk about modern medicine.

After preparing for two minutes, (I have only wrote two lines of words), Yee Toong started. She blurted and paused for the first 5 seconds. Even the examiner stopped and stared at her. Then the rest of it, she handled it ok. Boon Fei talked like a pro. Even Yee May can speak well. When it was my turn, I went blank. I crapped about diet schemes and supplements and suddenly had a bullshit idea about practicing it at work, so I blurted it out. And I regretted it instantly, because it sounds stupid and everyone stared at me as if I was mad. Then, I forgot the word anesthetic. I just kept thinking about painkillers and panadols and I can’t find the correct term. It was idiotic. I wanted to talk about productivity and human capital but I forgot the word. In the end of task A I was very pissed.

During task B I seized the chance and spoke my mind. Task B was almost impromptu and I am surprised it yielded better results than the prepared task A. As my confidence peaked I am able to carry out my thoughts in a more organized manner. After the discussion, we came to the conclusion that medicine had brought about the most drastic changes in human life. Although it’s not interactive enough as everybody keep their heads bent over their papers, and spoke in a unnaturally decent manner, with all those ‘sorry to interrupt’ crap. Since when we talked like that? We always yelled ‘shut up and listen’ to each other. But it’s already considered ok, as nobody went totally silent.

Walking out of the hall, I felt reasonably better, and relieved. Everyone agreed that we had excessive English and decided to talk loudly in Chinese. Relieved and happy that it’s over, I went back home. 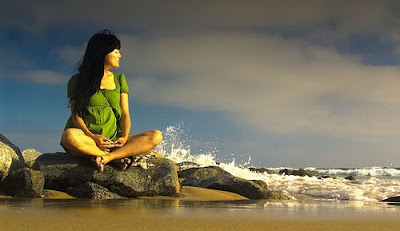