The last time I stepped foot to Putrajaya was during last three years' National Day Celebration. But today, we followed the 6th form council's organised school trip to this federal territory, its transformation towards a smart governmental management centre, undeniably cool.

Our destination was the Palace of Justice. As we sixth formers learn about our country's law and order in Pengajian Am, this place is the best option the school can offer. Previously they used to bring us to the Parliament which is only steps away from school. But this year, things got a little different. 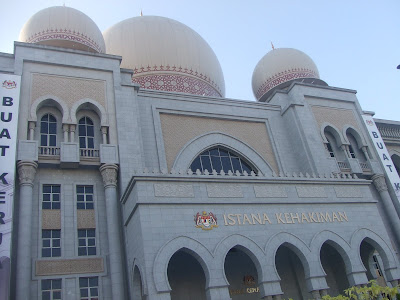 The Palace of Justice: The symbol of justice of Malaysia.

Not wasting the moment, we camwhored as usual. =) 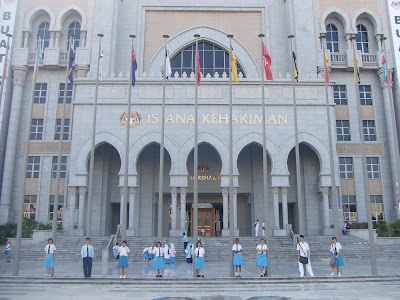 Each of us stood on each pole bearing state flags. I got Kelantan. Kok Weng got Terengganu, therefore he can drive a Mercedes instead of a Perdana. LOL

The place is really grand. Imagine the megabucks they collected from tax payments to build the place. The architecture is Islamic-Arabic, with dome like structures and archways shaped like mosques. :0 The pillars, archways and floors were made of marble. 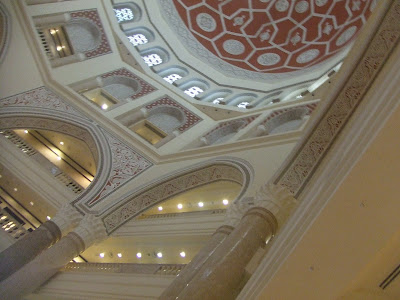 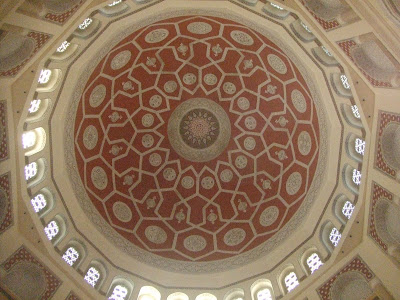 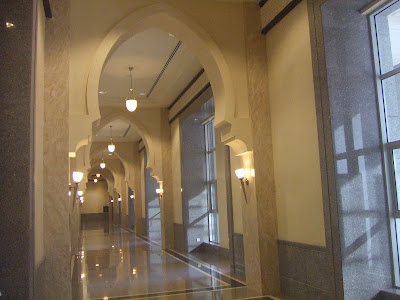 While we were happily taking pictures then we only found out that we were not supposed to do so. in fact, if you are 21 and above, then you only have the rights to enter the Palace of Justice. 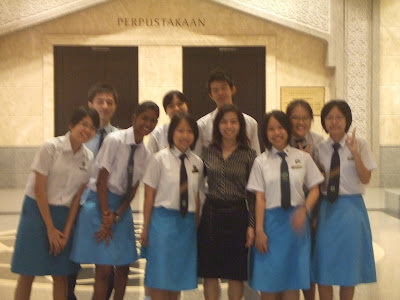 After a briefing held in the conference room (conference room for judges..imagine us sitting on places the judges are sitting..XD), we went to the library. Since no photos were allowed, so I did not took any. But there are a great deal of law books and some are really old. Zi Qin was searching for some particullar law to sue teachers. LOL. Michelle and I found one in the defamation column. =)

Then, we visited the museum. 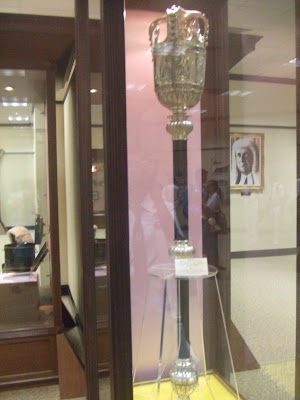 I only knew what is a mace then. It represents the authority and prestige of the court. No court can assemble without the mace in present. 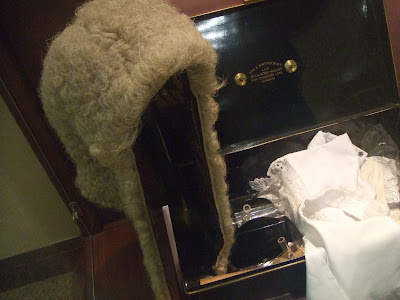 The wig everbody's been asking about since the start of the trip.

And the best part was, we got to witness a real court case. It's really unlike those we see on TV. The defendant and the plaintiff took turns to talk politely and there were a great deal of notes shuffling. And there were 5 judges. Even though everyone is Malaysians they still used English as a medium. I thought they were damn particular about this language thing. The case they were appealing is a drug trafficking case. It was really interesting. Everyone was so keen to listen and pay attention. We even went around asking the lawyers about terms we did not understand during the 30-minute break.

In the end, everybody learnt a great deal of things and we are clear about our country's justice system. 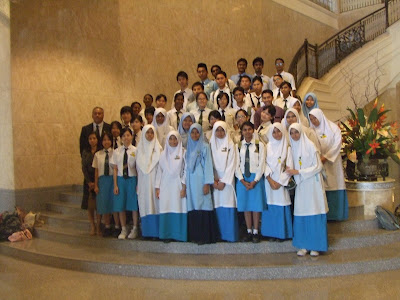